Mouvex®, part of PSG®, was founded in 1906 and is a leading manufacturer of positive displacement pumps and compressors for the transfer of liquids and dry bulk products worldwide. They are sometimes compared to Waukesha pumps. 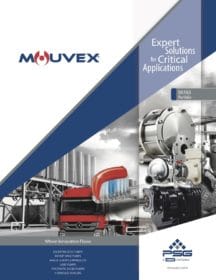 For personalized assistance with sizing and selection, please fill out the form on the right >>>

Mouvex SLS Series Eccentric Disc Pumps have been designed for use in extremely hygienic operations of a variety of pumping applications in the food, cosmetic and pharmaceutical industries. They are best for food, gentle handling of shear sensitive products, and light solids.  Their Clean-in-place (CIP) and Sanitize-in-place (SIP) features provide the utmost in convenience and cleanliness.

They feature a unique seal-less design with a double stainless-steel bellows that ensures durability, safety and product containment. The result is a pump that delivers very high suction and discharge pressures that allow it to self-prime and fully strip lines, a critical consideration when maximizing product recovery.

Your solution for air and shear sensitive products and requiring a high sanitary standard (up to 36 m3/h / 158 GPM).

How do Eccentric Disc pumps work?

Mouvex states “Petit specifically placed a disc inside the pump cylinder so the eccentric disc would be more user-friendly. This disc is driven by an eccentric bearing that is installed on the pump shaft, thus creating four distinct pumping chambers that increase and decrease in volume as the disc is rotated by the eccentric bearing. The four chambers produce both suction and discharge pressures as the chambers move in pairs that are 180 degrees apart. This ensures that the fluid passes through the pump at a constant and regular flow rate.

We would love to hear from you.  Fill out convenient form below  or click-to-call now.